Editor ATM Posted on May 1, 2013 Posted in Updates Tagged with Gingko 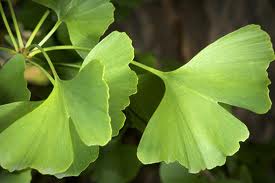 We know of folks who take Gingko in hopes of “boosting their memory” or even preventing Alzheimer’s (and the latter is not true as studies show Gingko does not prevent Alzheimer’s disease) . Now there is more data to suggest caution before you decide to take Gingko. NYT reports New Doubts About Ginkgo Biloba

Millions of Americans take ginkgo biloba supplements to boost memory and prevent dementia. Studies have never found any solid evidence that ginkgo does any such thing, but it did not seem to be doing much harm.
But last month, scientists released the first government toxicology study of ginkgo biloba, which found that the extract — one of the top-selling herbal supplements in the country — caused cancer in lab animals, including an excessive number of liver and thyroid cancers, as well as nasal tumors.
The findings were somewhat surprising because ginkgo biloba has had a long and apparently benign history of human use. Although it has been associated with bleeding and cerebral hemorrhages in the elderly, there have generally been few reports of serious side effects.
The results of the study do not confirm that ginkgo biloba is dangerous to humans, but it is disturbing that the laboratory animals all tended to suffer the same sorts of injuries, said Cynthia Rider of the National Toxicology Program and the lead scientist of the ginkgo biloba study.
“We often see different targets depending on the sex of the animal or the species, finding one thing here and one thing there,” Dr. Rider said. “But with the ginkgo studies it was consistent across the sexes and the species. The liver was a target, the thyroid was a target, and the nose.”
“That consistency strengthens our conclusions,” she added.
The study concluded that there is clear evidence that ginkgo causes carcinogenic activity in the livers of mice and some evidence linking it to carcinogenic activity in rats’ thyroids.
The mice developed large numbers of multiple liver cancers, including a particularly aggressive type that is rarely seen in the rodents. The number of cancers exceeded the total in the comparison group. In some instances, the number of cancers exceeded the numbers ever seen in mice in the lab, the investigators said.

Findings in animal studies may not necessarily translate to humans but nevertheless it is disturbing to know that Gingko has carcinogenic activity. Before you ingest any herb, always ask yourself
– what are the proven benefits?
– what is the potential harm?
If in doubt, DON’T